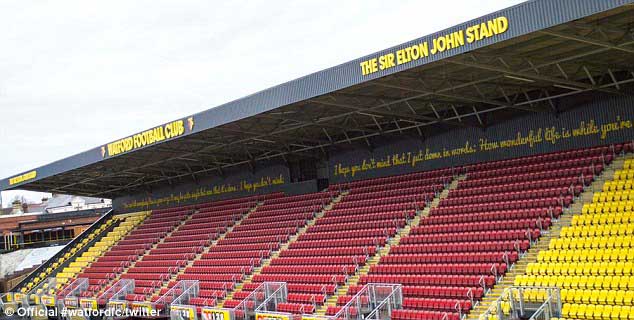 The club’s new East stand development was designed and phased to enable ongoing use of its existing changing facilities and physiotherapy rooms.

Currently named the Sir Elton John stand, GL events UK installed a traditional structure for 3,000 spectators, with a cantilever roof.  Club offices, toilets and spectator concessions were also installed as a part of the flexible and cost-effective build programme.

The seating deck was formed from pre-cast concrete terrace units, constructed after all of the necessary groundworks were complete, including pile foundations.

The East stand was completed in 2013 and the client was so pleased with the results that GL events UK was back again in 2014 to create more seating, this time in the corner section between two stands, where 400 extra space-maximising seats were created in the triangular space between the east and north stands.

The new stand was constructed in the same fashion as the East stand, with works completed to the foundations and groundworks, all built on a concrete terrace structure.